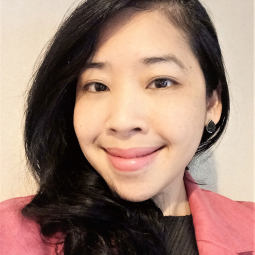 Apiradee graduated from University of Canberra, Australia’s capital university in 2004.  Armed with a Masters’ Degree in Marketing Communication, she kick-started her professional career as a marketer and strategic planner working for advertising, media agencies and financial institutions such as Kasikorn Bank, KTB Securities, OMD, Karat and M Group.

She also worked with a number of international and local brands such as L’Oreal, McDonald’s, Nissan, Visa International, Kasikornbank, and PTT. She ended her agency career as a Planning Director at Group M with the age of 32.

The strong bond between Apiradee and Australia result in the offer from her university requesting her to be involved in a university project which was funded by Australian Government Scholarship.  From then, she went on to manage government-funded projects in Japan, Singapore, Indonesia, Malaysia, and Vietnam.

She has been actively involved in projects related to New Colombo Plan since in 2015 both in faculty-led programs and internships. She worked as a program manager involved in proposing, planning, and executing projects.  She has worked with various Australian government bodies, including the Australian High Commission and Australian embassies in Japan, Singapore, Vietnam, Indonesia, Malaysia and Thailand.

Her belief in Australian education approach which fosters interaction and in-depth understanding made Apiradee open to teaching and coaching university students at both undergrad and postgrad levels.  Apiradee has been teaching at various universities for the past 13 years, including Bangkok University International, Rangsit Univeristy International College, Chulalongkorn University (International), Srinakharinwirote Univeresity (International), and Burapha University.  She believes that being an educator is rewarding despite the hard work and commitment.

Apiradee is currently managing her own business with strong Australian ties. Her company – Asiania International Consulting (AIC) (established in 2013) promotes Australian Education by working as an agency and representative for Australian Institutions. Articulation agreements is her prime focus as she believes it would provide an affordable option for Thais, so more number of Thai students will be able to experience world class education at renown Australian Universities and achieve a degree with an affordable budget.