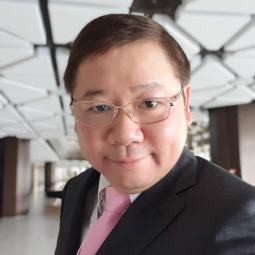 Dr. Permyos, a cardiovascular and thoracic surgeon at Bangkok Heart Hospital, received an MD from the Prince of Songkhla University, Hat Yai, Songkla, Thailand in 1990. He was then appointed as a lecturer at the university’s Department of Surgery. He received a Diploma of General Surgery in 1994 before undergoing cardiovascular and thoracic training at the Siriraj Hospital, Mahidol University. During the final year of his training, he received a fellowship position at the Austin & Repatriation Medical Center, Heidelberg, Australia. He received a Diploma of Thoracic Surgery in 1996.

His clinical studies on “Radial Artery as a Conduit for Coronary Artery Bypass Grafting” led to his PhD studies. Dr Permyos then obtained his PhD from Melbourne University in June 2001. On his return to Bangkok later that year, he started work as a consultant surgeon at Saint Louis Hospital.

While at Saint Louis Hospital, Dr Permyos was involved in community projects. In the first project, he was a director of Cardiac Mercy Project which provides heart surgeries to a number of patients who have severe heart disease but cannot afford the cost of an operation. He was also involved in a Health Developing Voluntary Camp – a project aimed at providing health services and education to the remote areas of Thailand.

In 2002, he received the Royal Golden Jubilee PhD Scholarship for study in Mathematics at the Mahidol University in 2002. In 2003, he studied blood flow simulation in mouse aortic arch at the Department of Mechanical and Industrial Engineering at the University of Toronto, Canada. At the same time, he did the second cardiac surgical fellowship training at the university’s Sunnybrook & Women’s Health Science Centre where he obtained further experience in radial artery graft for coronary artery surgery, aortic surgery and minimally invasive cardiac surgery.

Dr Permyos returned to Bangkok in 2004 and started work as a cardiovascular and thoracic surgeon at the Bangkok Heart Hospital. He also served as a director of cardiovascular research, a committee member for institutional review board and a committee member of infectious control committee of Bangkok Hospital Headquarters. He completed his second PhD in Mathematics from the Mahidol University in 2007. He continued his studies in various fields of cardiovascular surgery including the intramyocardial angiogenic cell precursors injection for cardiomyopathy which was completed in 2011, off-pump coronary artery bypass grafting, carotid endarterectomy and also ethical studies for research.

He did his third Fellowship in Research Ethics in 2018 for 4 months which is the collaboration training of Middleton Foundation for Ethical Studies (USA), the Strategic Initiative for Developing Capacity in Ethical Review (SIDCER, WHO), Chulalongkorn University, Mahidol University and Khon Kaen University. He is now active in cardiovascular and thoracic surgeon at the Bangkok Heart Hospital, Bangkok, Thailand and an ethical reviewer for Bangkok Hospital Headquarters and Central Research Ethics Committee, Thailand.