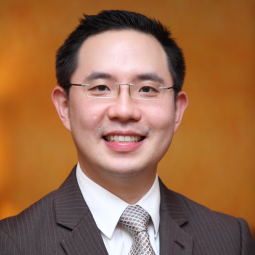 He is currently the Co-Founder and Executive Director of Evermore Company Limited which sells confectionary products under brand “Playmore”, Executive Director and Wealth Strategist at Wealth Creation International Company which is the leading boutique independent wealth management company in Thailand, as well as the Advisor to the Office of the Chief and Board of Directors at Union Mall.

He spent almost 10 years in Sydney, Australia, studying and working. Throughout his time in Australia, he has started off his career by working with the governmental body as the Consul General Assistant at the Royal Thai Consulate General Sydney right after he graduated, from 2000 to 2004. In early 2004, he joined the tourism industry at the Tourism Authority of Thailand in Sydney, promoting Thailand as a travel destination especially during the challenging time of the post Tsunami and SARS outbreak.

Upon his return to Bangkok in 2006, he started his career in Bangkok as the youngest Business Development Manager at the Australian Trade Commission, Australian Embassy Bangkok. He then broadened his corporate skills by joining the CP ALL Group from 2006 to 2013, working in various departments.

First, he was Secretary General to CP ALL Education and HRD Executive Committee which developed the restructuring approach for CP ALL’s education framework as well as the strategic planning of CP ALL HRD entities. He was later appointed as the Department Manager for Education and Human Resources Development.

Between 2010 to 2013, he was the Assistant General Manager/Project Expert/Strategist at the Office of Business Policy and Strategy Management at CP ALL which was heavily engaged in the company’s sustainable growth and cost strategies when CP ALL (7 Eleven) Thailand became the third largest 7 Eleven in the world after Japan and the US.