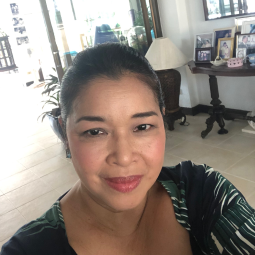 ML Laksasubha, better known as Khun Lak, is a stalwart in the Australian business community in Thailand and remains committed to fostering and promoting Thai-Australian ties through the alumni and is a firm believer in the Australian education system.

Since her father was a career diplomat, Khun Lak has lived and studied in many countries namely, Paris (France), Buenos Aires (Argentina), Canberra (Australia), Budapest (Hungary). Upon returning to Thailand in 1980, it was no surprise that she worked for seven years as a research assistant at the Population Division, Social Development Division, (Women and Youth programme) at the United Nations ESCAP. She later spent three years as the wife of the first Thai ambassador to Prague, Czech Republic before returning to Thailand once again in 1993.

Khun Lak believes growing up overseas shaped her approach to business, making her an entrepreneur with a penchant for detail that focuses on niche markets catering to a Thai and expatriate clientele. In 1993, she started her journey as an entrepreneur by opening up Krystalina, a shop at Peninsula Plaza which specialized in excusive and hand cut crystals and decorative items.

Her life experiences of East and West, and her firm belief in the benefits of a multi-cultural environment, influenced her next initiative – the launching of First Steps International Preschool a tri-lingual, pre-school with a curriculum that merges Thai culture classes with French and German languages into the main stream of the British national curriculum.

First Steps took in young children from 18 months to six years. The school, which had 140 children from 21 nationalities, was a feeder to prominent international schools such as Bangkok Patana, NIST, Shrewsbury, Harrow, the Lycee Francais and the Swiss section of RIS.

The same motivation was behind her current business venture – Laksasubha Resort in Hua Hin –  a 65-room beach front resort located on the same grounds of her family beach house, handed down by her great grandfather His Royal Highness Prince Nares Kridakon. Now in its 10 year of operation, Laksasubha resort has received a TripAdvisor Awards for six straight years.

Khun Lak has served as Vice President, AustCham Thailand since 2011 to the present and plays a key role in promoting Australian alumni. Khun Lak believes that her previous business experiences in education has brought her to see the potential of working with the Alumni and linking them AustCham in areas training, employment and business opportunities.

She was involved I was in the merging of the TAA (Thai-Australian Association) with AustCham in rebranding and organizing various events, panel discussions, mentoring and networking amongst different universities Alumni, AustCham members, Austrade and the Australian Embassy which we had always received their support.

The main objectives are to enhance and foster the Thai and Australian relationships through their educational experiences which will lead to greater business opportunities. Her role with AustCham’s Tourism and Hospitality Committee since 2015 aims to promote business and enhance the connection between AustCham members in hotels, and hospitality/tourism sectors and the tourism authority sectors of the Thai government and maximize the tourism business benefits.