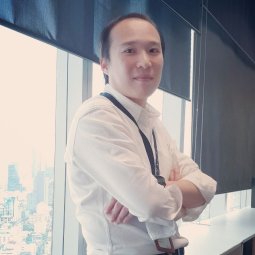 Wutinon has more than 15 years of experience in accounting and taxation in Thailand. He is currently a Certified Public Auditor (CPA) of the Federation of Accounting Professions of Thailand and a Certified Tax Auditor of the Revenue Department of Thailand.

He started his education in accounting at Assumption University, Bangkok in 1995. After graduating in 1999, he went to Macquarie University in Sydney to obtain his Master Degree in Commerce in Accounting & Finance. After graduating from Macquarie University, he moved back and started his career in Thailand as tax advisor in Arthur Andersen Legal & Tax Consultant Ltd. which was one of the Big 5 Global Accounting Firms at that time.

As a result of the merger between Arthur Andersen and KPMG in Thailand due to the collapse of Andersen Network Worldwide, he become a part of KPMG’s tax team and gained in-depth accounting and taxation experiences by giving advices to various multinational enterprises, particularly in the area of personal income tax and corporate income tax matters.

In 2005, he decided to come out of the professional firms to work for his clients (i.e. IBM and a year later at Tesco Lotus) as in-house tax specialist. He helped them deal with tax cases and issues as well as setting up tax planning and tax operations for the companies. At the time, he felt that he should expand his knowledge and continue his studies. He enrolled for Bachelor of Law degree at Ramkhamhaeng University. He believed that by having the law degree, it would sharpen his skill in interpretation of the laws, especially tax law.

In 2007, he decided to join PricewaterhouseCoopers Thailand (PwC). During his five working years in PwC, he was a part of M&A tax advisory team advising a lot of his local and international clients about tax implication for making investment in Thailand and setting up tax structuring plan for their investment in Thailand.

He also helped his clients in deal with the revenue officers and closing various tax disputes and issues with tax authorities. During this period, he went through extensive tax training especially in international taxation for the cross-border transactions.

Wutinon is married and his wife is also a taxation professional. He loves listening to music especially the classical music and Jazz. He used to play trumpet for his high school band (Assumption College) when he was a kid and that brought him to know the world of music. If he had not been a tax professional, he might wish to try to become a musician. During weekends, he loves to play tennis and badminton with his brother and watching football matches. His favorite team is Manchester United which he has been a fan for more than 20 years.